Institute for Meteorology and Climate Research, Karlsruhe Institute of Technology

During INUIT Phase 1, RP5 focused on the transfer of novel laboratory-based ice nucleation parameterizations into a mesoscale model, their comparison to established parameterizations for case studies of orographic clouds, and the impact on the cloud properties.

The COSMO model has been extended by several state-of-the-art ice nucleation parameterizations (DeMott et al, 2010, 2014; Phillips et al, 2008, 2013; Niemand et al, 2012; Niedermeier et al, 2014) and a detailed comparison within the framework of idealized simulations of orographic clouds is currently being conducted. Furthermore, the model has been set up and run for a real case of the JFJ campaign during which a mixed-phase cloud was observed at the station. In addition RP5 has significantly contributed to several collaborative projects within INUIT. A comprehensive review of results of laboratory ice nucleation experiments was presented in Hoose and Möhler (2012) (collaboration of RP5 and RP7). 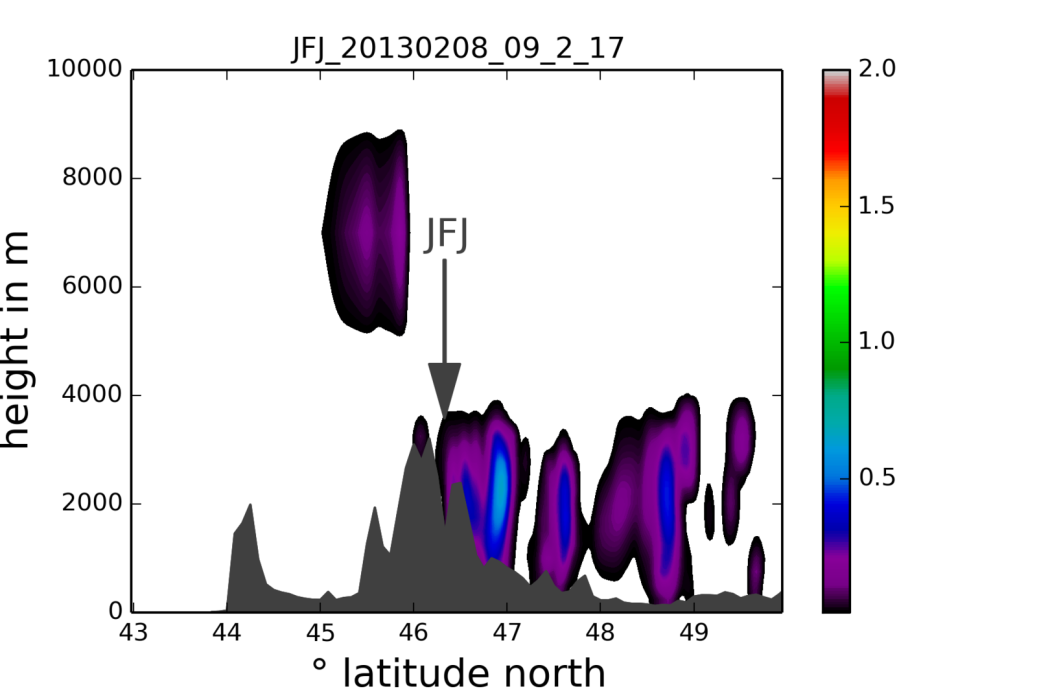 During INUIT Phase 2, this research project will elucidate the frequency of occurrence of the various heterogeneous ice nucleation processes in different mixed-phase clouds regimes which commonly occur in Mid-Europe. Furthermore, we study the possibility of achieving INP closure for the INUIT-2 Mediterranean field campaign together with WP-F and WP-L.

The project will be organized in four tasks:

More information about this project: