During phase 1 of this project, immersion freezing measurements were done using the Leipzig Aerosol Cloud Interaction Simulator (LACIS, Hartmann et al., 2011) in RP6. Many cooperations took place, including both INUIT partners and partners form outside of INUIT. The following results have been obtained: 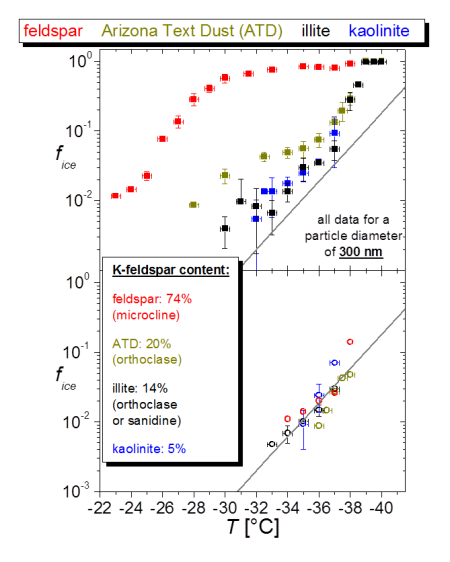 Figure 1: A) microcline (a K-feldspar) is clearly the most ice active mineral dust ever examined in LACIS (even more ice active than orthoclase, another K-feldspar with a different crystalline structure); B) a common base line for the ice activity of clay 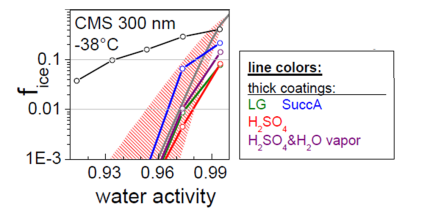 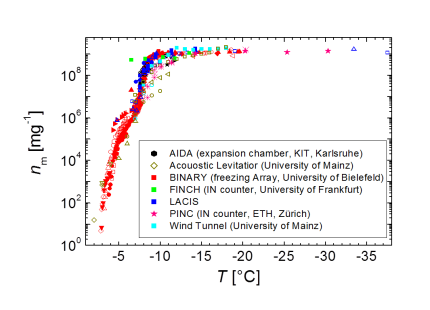 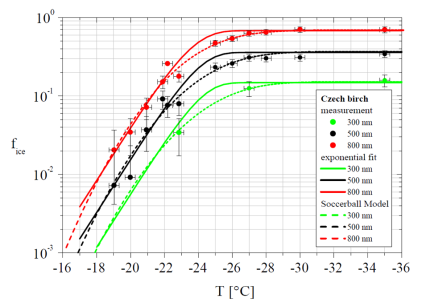 Figure 4: Nucleation rates or alternatively contact angle distributions could be used to parameterize immersion freezing measurements of particles from pollen washing water well (with a slightly better representation by the latter, in the framework of the

During phase 1, mineral dust particles and biological particles were mostly examined separately.  The main goals of phase 2 are on one hand grouped around fundamentally understanding the workings of heterogeneous ice nucleation in general. On the other hand, we will also put an additional stronger focus on the examination of including atmospherically more relevant samples such as mixed biological-mineral particles, soil dusts and others as ashes and particles from the marine surface layer, including the samples suggested for inter-comparison measurements within INUIT Phase 2. Topics aimed at are:

Topics aimed at are: