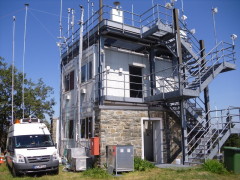 The main goal of this test campaign was the first field deployment of the coupling between the ice nucleus (IN) counter FINCH (INUIT RP1) and the aerosol mass spectrometer ALABAMA (INUIT RP2) via the newly developed IN-CVI (INUIT RP2), as well as of the new bio-aerosol detector in FINCH. For this experiment, the test campaign provided valuable experience with regard to various technical problems that could be incorporated into the preparation of the following projects ACRIDICON Zugspitze and INUIT Jungfraujoch. 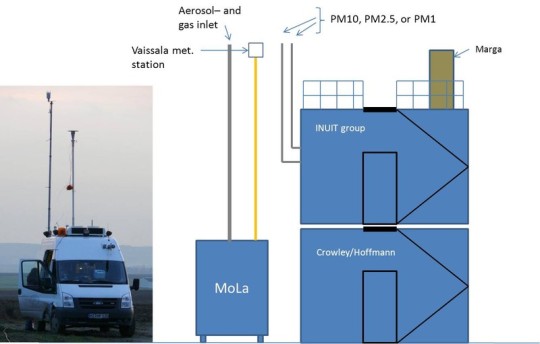 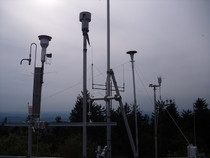 The ability of the aerosol particles to act as cloud condensation nuclei (CCN) was measured, and a high volume sampler was used with the objective to analyze the DNA of biological aerosol particles (INUIT RP9).

A further contribution of the INUIT group was the use of an "unmanned aerial vehicle" (UAV), on which a particle sampler and an optical particle counter were flown starting from the "grosser Feldberg", thus providing information on the vertical distribution of IN (INUIT RP7 and RP8). 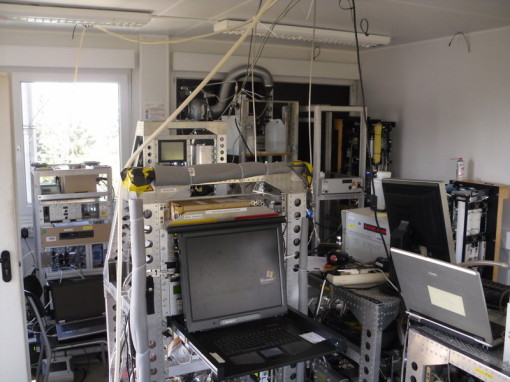 The experiments in the context of INUIT were extended by a number of additional measurements, so that further parameters are available in order to investigate additional questions relevant for atmospheric chemistry: